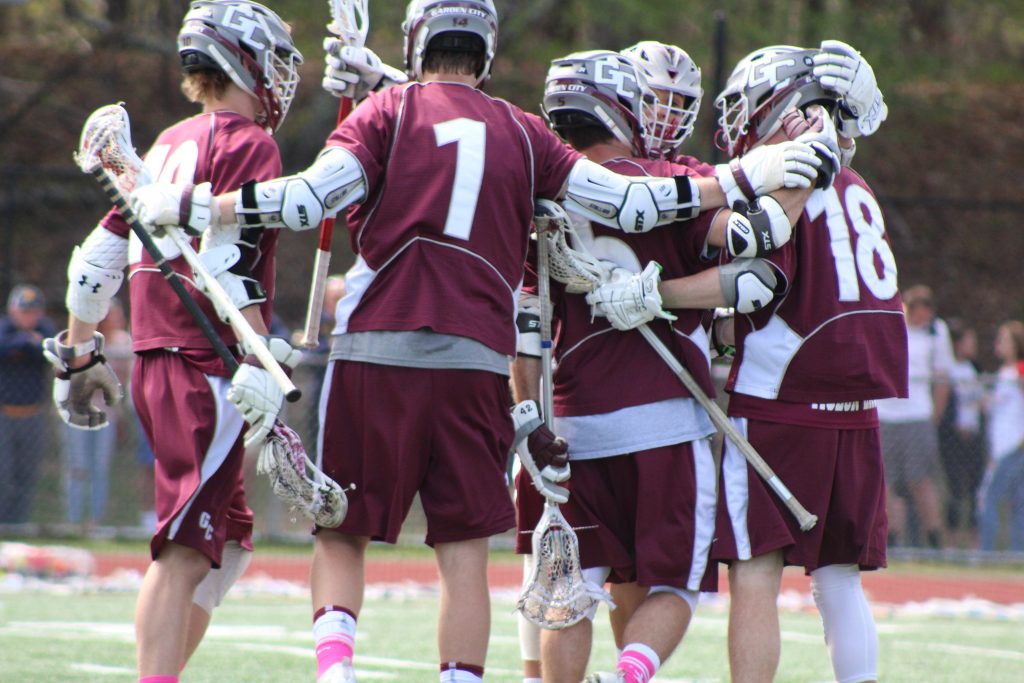 In the first quarter both teams came out hot, starting off with a Kevin Cutinella (SWR) goal not to far into the first. Then within five seconds from each other J.P. Basile (GC) tied it up then Chris Gray (SWR) gave the Wildcats the lead back. Then with just under 3 minutes to go Luke Keating (GC) rocks in a fireball from 15 yards, then had a 2-2 game. Xavier Airline finds Chris Gray for their second assist and goal of the game to give the Wildcats the lead back. We ended the first quarter with a very exciting 3-2 SWR lead. 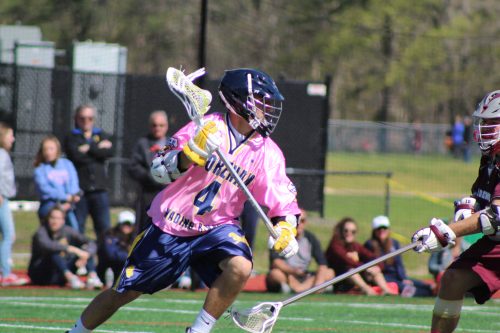 Chris Gray, aka the Dark the Knight, dominated in the Laxout Cancer contest vs. Garden City. Watch out for the Knight as SWR looks to capture a Class B NYS Championships. Photo taken by FLG Lacrosse

Second Quarter started off with Chris Gray and J.P Basile back to back turnovers, which is very rare to see. At 9:43 we see Kevin Cutinellas second goal of the game, the Wildcats then led 4-2. Sean Halpin score the Wildcats 5th goal with an assist from Kevin Cutinella. Seconds later Chris Sheehan knocks in a rocket to give the Wildcats now a 6-2 lead. The Trojans went over 10 minutes without scoring till midfielder Jamie Atkinson knocked in the trojans 3rd goal assisted by Kieran Gunn to cut the deficit by 3. Chris Cutinella goes 5 hole to get a first half hat trick immediately after the Trojans got back on the board, score was now 7-3. With a man up Jamie Atkinson notches in his second goal in just 2 minutes with an assist from Kieran Gunn again. Another first half hat trick as Jamie Atkinson gets his 3rd of the game and makes it a 7-5 Wildcats lead. 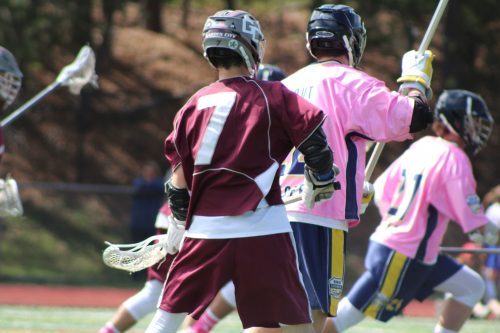 Finn Gibbons has a big goal towards the end of game to maintains GC’s lead and help in capturing a big win for the Trojans. (Photo taken by FLG Lacrosse)

After a thrilling second quarter we start the third quarter with the Wildcats leading the Trojans 7-5. We started off the 3rd with two incredible saves by Andrew DePalma (SWR). For the third time today Garden City initiated a man-up with 9:56 to go. The Trojans took advantage of that as J.P. Basile (Duke Commit) notched in his second to cut the Wildcats lead to one (7-6). Sean Coughlin bangs in a goal 8 seconds after Basile scored to tie it all up at 7. With Kyle Steinbacks third face off win a row the Trojans scored their 3rd goal in 16 seconds with a Finn Gibbons screamer to give the Trojans their first lead of the game at 8-7. With only 4 minutes into the third the Trojans scored their 4th goal to take a 9-7 lead. The fourth goal was scored by Finn Gibbons again, and was assisted by J.B. Basile. What a start to the third quarter. Now J.P. Basile finds Kieran Gunn to make it 7 unanswered goals for the Trojans to make it 10-7. With a much needed goal Kevin Cutinella gets his 4th goal to make it a 10-8 game with 4 minutes to go in the third. Luke Keating (GC) gets his first goal of the game assisted by Jamie Atkinson to make it 11-8 Garden City. 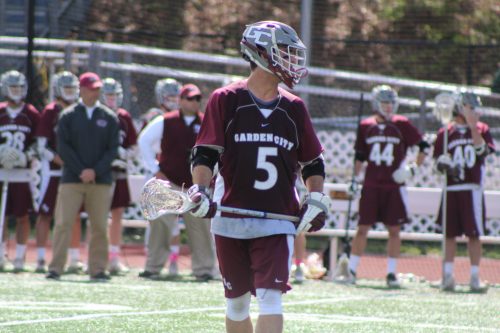 Jamie Atkinson earns Player of the Game after going 4 & 1 in a close win over SWR. Photo taken by FLG Lacrosse

Onto the 4th where it was going to come down to the wire for sure. Colin Flannery (SWR) scored the first goal of the 4th and it’s now a 11-9 Trojans lead. Jamie Atkinson got called for the shove and the Wildcats went man-up, so Chris Gray goes top right and gets his 3rd goal of the game. Game is now a 1 goal Trojans lead at 11-10. It wasn’t for long that it was a one goal game, as J.P. Basile found Finn Gibbons to give back the Trojans a two goal lead. With 5:48 to go Kevin Cutinella gets his FIFTH goal and it was assisted from Tim Cairo, game is now 12-11 Trojans. With a minute to go the Trojans have the ball with a 12-11 lead. A Garden City turnover with 15 seconds left and the Wildcats try driving down the field but with just no time left the Trojans win 12-11 in a Thriller.