Posted on February 17, 2021 by Chris Gharagozlo 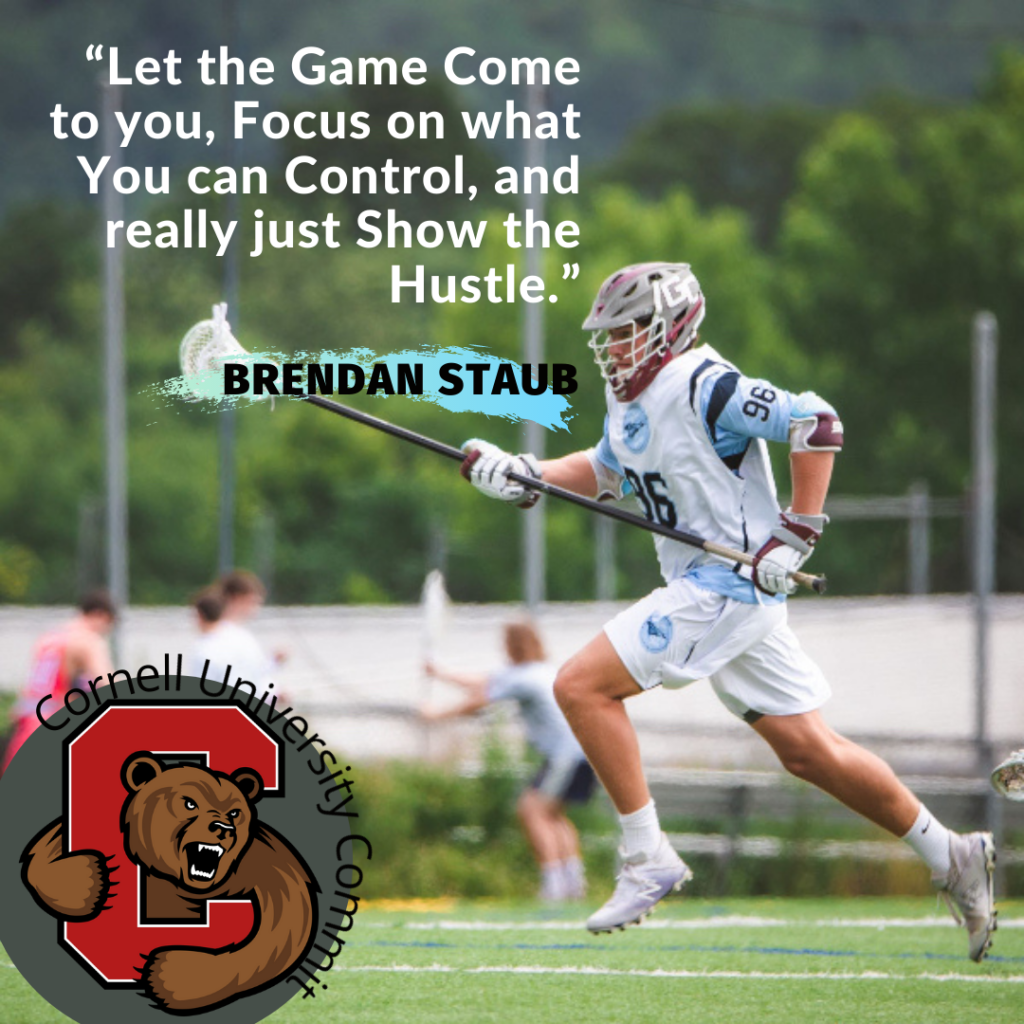 Nothing has been normal since the COVID-19 pandemic began in mid-March. Much of daily activities have changed. The same goes for the recruiting journey of Junior Long-Pole Defenseman, Brendan Staub. The 2022 Cornell commit, like many in his class, experienced a unique recruiting experience.

“COVID definitely made everything very different,” said Staub. He underwent virtual tours, zoom meetings with coaches, and other virtual activities. He credited FLG and his high school coach, Steve Finnell, for helping to get his name out to the schools. “A big part of it was getting recommendations from you guys at FLG and Finnell at Garden City and that did a lot,” said the junior defenseman.

Staub narrowed down his list to five schools: Harvard, Yale, Michigan, North Carolina, and Cornell. On September 30th, Staub decided to join four of his fellow 2022 classmates, and commit to the Big Red.

The one piece of advice he would give future defenseman going through the recruiting process, “Don’t think about getting on a highlight tape.” He continued to explain that being a defenseman makes highlight film a bit difficult at times, but this shouldn’t discourage people during the process.  He says if you put in the work and show your hustle, the looks and the coaches will come. Trusting the process is one of the keys to success during the steps of recruiting. “Focus on the things you can control”, says Staub and the rest will follow.