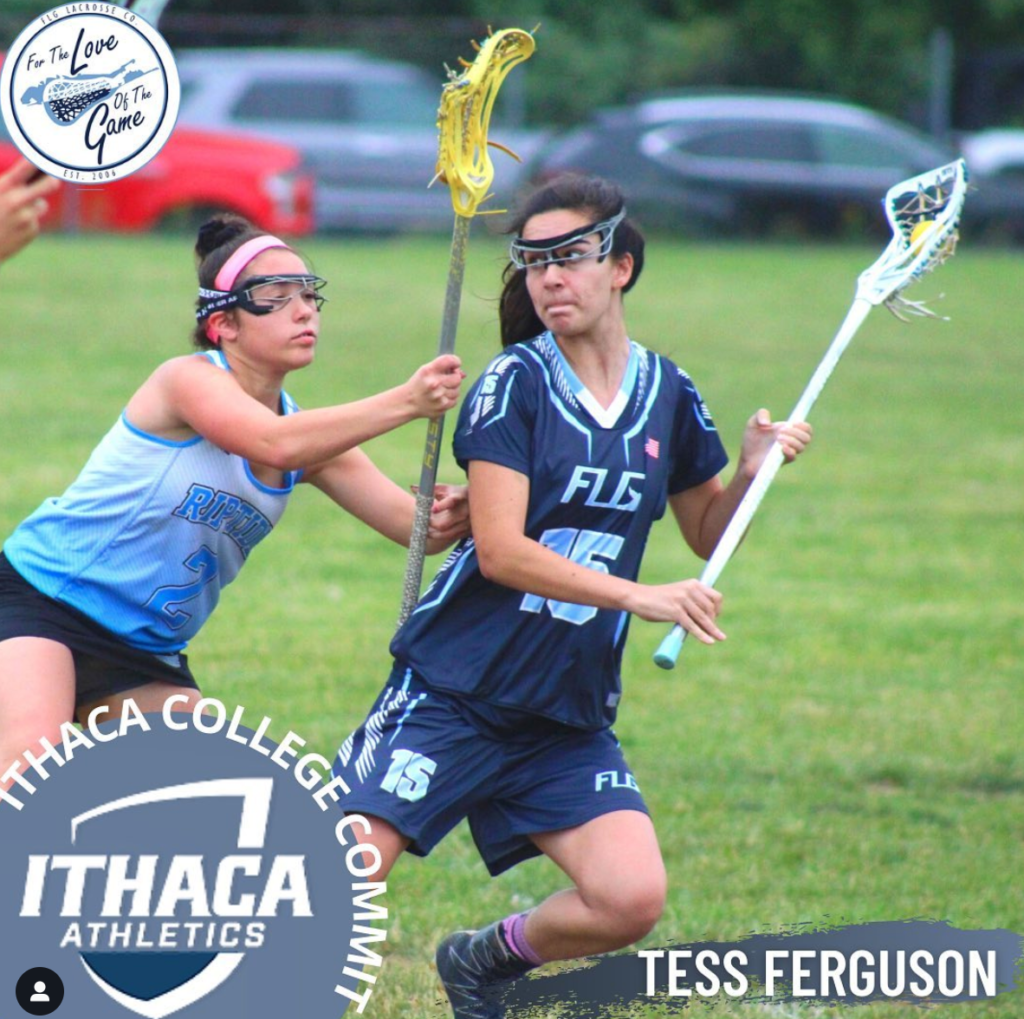 There are many factors in deciding on where to commit to play college lacrosse. The factors range from the talent of the team, coaches, campuses, location, and academics. For Tess Ferguson, her decision was the latter. She chose Ithaca college not only to compete for a national championship but for academics as well.

Writing is Ferguson’s passion, and her passion and a desire to pursue a good academic program are what led her to one of the best communication schools in the entire country. “It just felt right,” said the Baldwin native.

The Ithaca commit knew she wanted to play college lacrosse for a long time, however, the level of lacrosse she wanted to play at was the biggest question. After playing with and against elite competition, she decided that playing at the highest level was the best for her.

Time Stamps:
0:00 – Her introducing herself