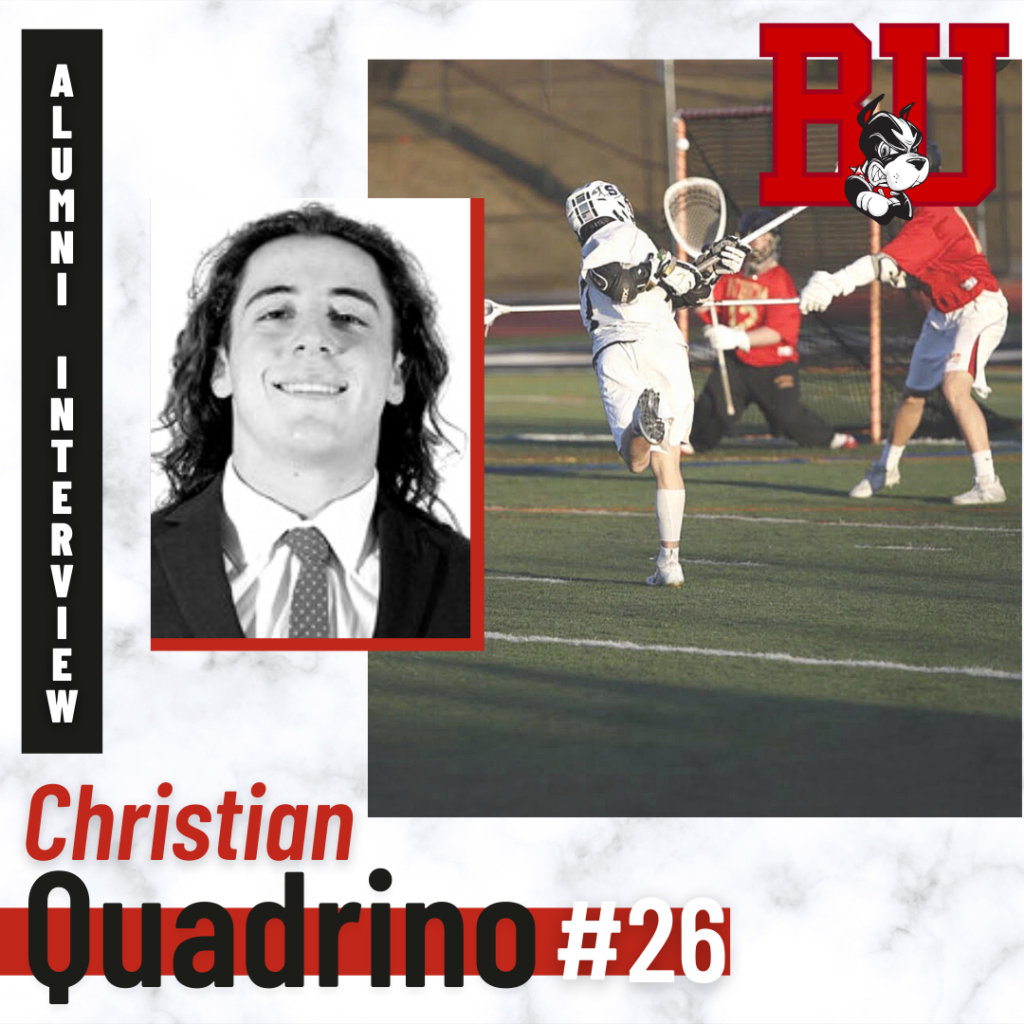 Being a freshman and starting off a lacrosse season as a starting midfield is no easy accomplishment. It is even more impressive when that same player added a goal and assist to the stat sheet for Boston University. Freshman Chrisitan Quadrino did exactly that.

Quadrino had his parents, grandparents, and siblings at home watching home make his impressive debut on the college scene versus Merrimack. For Quadrino, the decision to play at Boston University was an easy one.

“The first phone call with Silipo, when he called me, we just hit it off right away,” says the freshman from Holbrook. He also loved being in a city, and Boston University is right in the middle of one.

When asked what is one word that he loves about the game of lacrosse, Quadrino, who is studying international relations, says “Speed.” He loves the speed of a game as a form of progression. He loves how the speed of the game improves as he climbs up the education ladder. From middle school to high school and now to college, he loves how the speed improves, and the gameplay gets tougher.

8:35- The excitement to get back onto the field

20:04- What he loves about the game of lacrosse