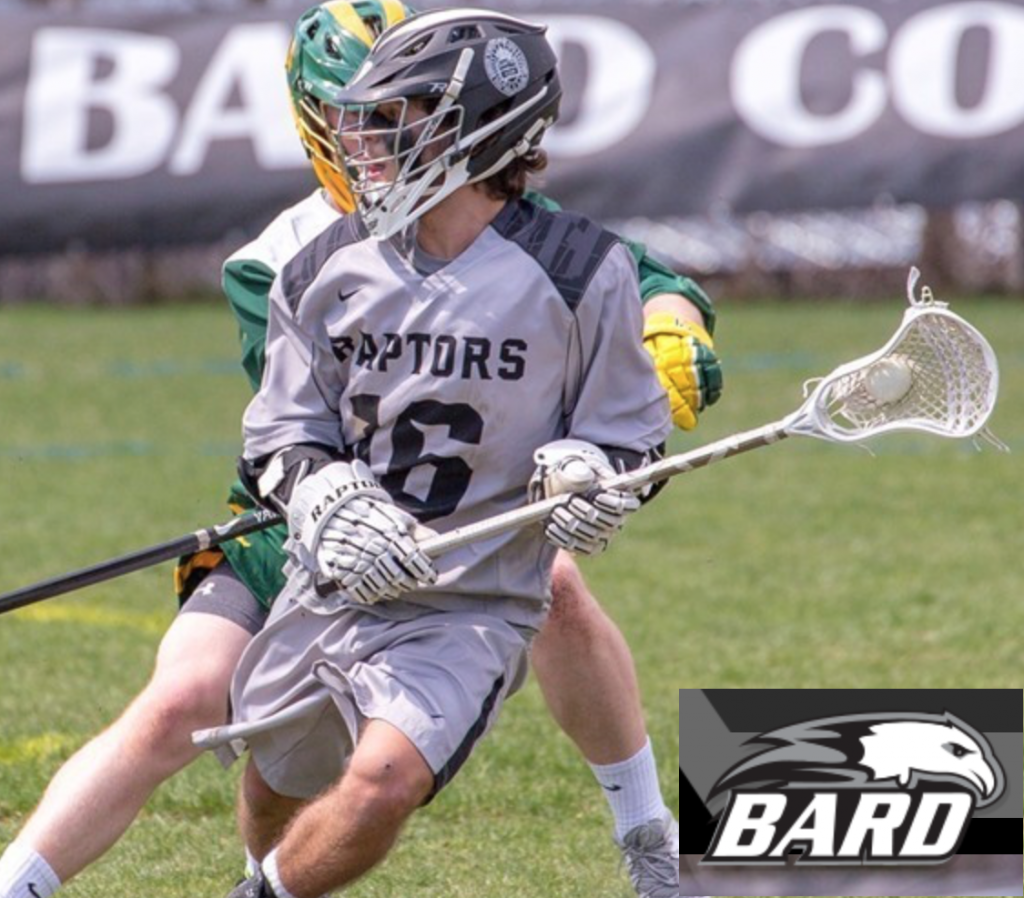 Meeting with Assistant Coach Marcelo Godino outside of Bard’ Athletic Complex, he took me on a quick tour of the athletic fields and facility. Lorenzo Ferrari of the Ferrari car Co., invested millions to help in building 2 beautifully manicured grass soccer/lacrosse fields on campus. Bard has a newly built baseball stadium right next to the Ferrari Fields. Additionally, the athletic program is working on approving plans to build a brand new field-turf stadium for the lacrosse team.

After Coach Godino introduced me to Head Coach Alex Stone, I became excited for the potential of the Bard Lacrosse Program. Coach Stone is a young, enthusiastic, genuine guy; who has great plans to build a top-contender in the highly competitive Liberty League. Coach Stone went to Union College. After graduation he made his way to Bard to coach under Tucker Kear, current Head Coach at Skidmore. Then, after the departure of Coach Kear, applied for and was hire to lead the Bard Raptors Lacrosse Program. Experiencing the Liberty League from three different perspectives for over 8 years, gives Coach Stone an edge over his competition. The first perspective is experience the conference as a recruit. Stone was recruited by nearly all the teams in the league. Secondly, he experienced the League as a player. Playing for Union for all four years. Lastly, he has experienced the League as an Assistant and now head coach.

After a great visit with the Bard Men’s Lacrosse staff, I’v accumulated a couple reasons why a young, successful lacrosse studlete would want to attend this school:

Overall, Bard College is an under the radar gem in upstate NY that should definitely be considered. To learn more about becoming a Raptor – click here.

A special thanks to Coach Godino and Coach Stone for taking the time to educate FLG on what it means to be a Raptor.