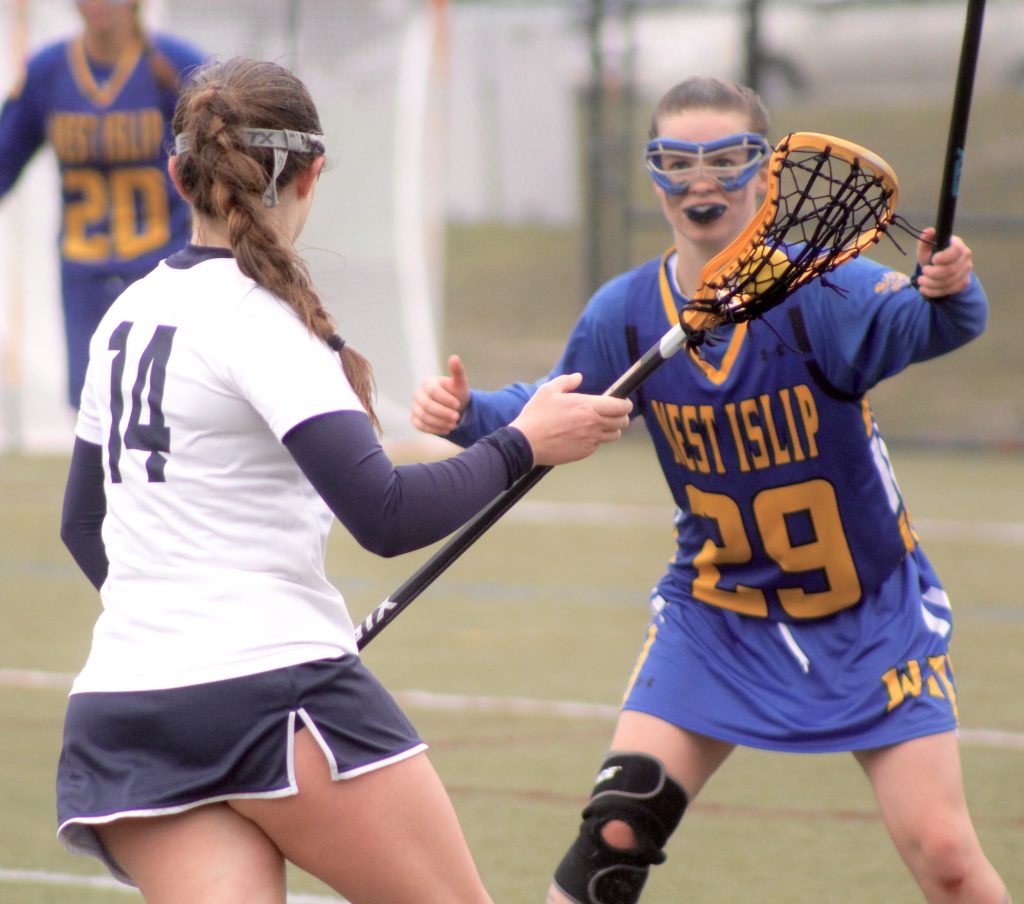 Following a pretty dominant performance, it’s safe to say that the North Port Tigers just might be one of the best teams in Suffolk despite flying under the radar preseason.  Olivia Carner and Danielle Pavinelli asserted themselves as stars with 8 points each.  Not to mention Carner is a sophomore committed to Duke University and Pavinelli is a freshman committed to play at Florida University. 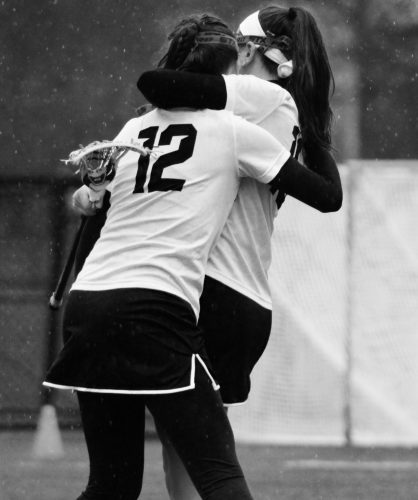 Danielle Pavinelli (#12 Left) & Olivia Carner (#10 Right) each have 8 points in a convincing victory over West Islip. Being Danielle is only a freshman & Olivia a sophomore, these two aren’t going anywhere anytime soon. Watch out for Northport in years to come!

The Tigers possessed the ball for a majority of the game showing great pace of play and superb defense.  In transition, the Tigers were virtually impossible to stop and scored on almost all their free position shots.  On top of that Claire Morris the Ohio State University commit was lights out in goal saving everything thrown her way.  The Tigers looked like a well-oiled machine on Tuesday, every girl at every position did there job and that led to a pretty significant win to give the Tigers a 4-o start to the season

Despite the scoreboard being tilted towards the Tigers the Lions of West Islip are not to sleep on.  Following a poor first half where nothing seemed to go their way, they picked it up in the second and showed that they can play against a powerhouse team.  The uncommitted junior Samantha Blair definitely stood out as she put up 5 goals and asserted herself as a top player.

The Lions are a very young team and showed their inexperience on Tuesday with some bad mental mistakes and the inability to capitalize on chances.  However, the young girls of West islip do show promise and in the coming year, the Lions just might be one of the top teams on the island.