“At Mt. Sinai, we really focus on the process. We try and win each day. Get better every day by playing hard, doing the little things really well, and enjoying the process.” -Al Bertelone, Head Coach, Mt. Sinai 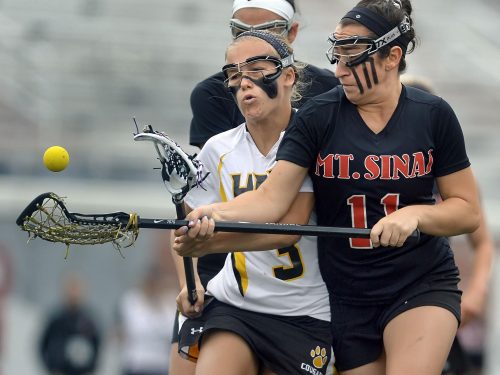 Senior defender, Emily Vengilio, is a tenacious lock-down asset for the Mustangs. Her experience is one of the many reasons Mt. Sinai is the favorite to three-peat at NYS Champions in 2017. Photo Credit: USAtodayhss.com

The Mustangs hope to capture their 3rd consecutive NYS Class C State Championship this year.  The Mt. Sinai girls have been playing together all-year round and coach Al Bertelone says, “This is the deepest team I’ve ever had.  These girls live, eat, and breathe lacrosse, they are the definition of lacrosse addicts.”  This makes, even more sense when you look at the roster and see D1 commits literally all across the board. The best case scenario for the Mustangs is holding up a Class C NY State Championship for the third year in a row.

The worst case scenario for this year’s Mustangs would be not winning it all.  With studs at every position, losing is not an option.  This is arguably the most talented team on the island and losing at any stage in the playoffs would be considered a disappointment.

In a Twitter Poll on March 20th, the lacrosse community voted BBP as the favorite to bringing home a NYS Championship in 2017!

“The development of this team has been exponential than in years past. These players have committed every day since last season ended. There is lots of motivation in what they are doing. If we can put it all together, we can do big things.” -Ryan Gick, Head Coach, BBP 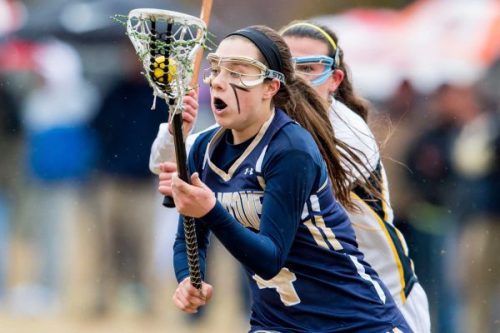 Senior attacker, Kyla Zapolski, will be the go to weapon for BBP this season. Her team hopes to rise to the top and be holding up a County Championship trophy towards the end of the 2017 season. Photo Credit Newsday

Best case scenario for the Phantoms is winning a County Championship in 2017. The Phantoms need to rely on their Seniors, like Kyla Zapolski and Cassidy Weeks, if they want to get past the top opponents in their Division and make it to a County Championship. Head Coach Ryan Gick said, “If Courtney Weeks isn’t ready to go towards the end of this season, then we won’t put her out there. The last thing I want to do is put a player onto the field if they aren’t fully recovered.” After tearing her knee in October, Courtney is projected to return towards the middle to the end of this season. This would be just the boost BBP needs to get past top Divisional match-ups and pursue a County Championship. Over that past few years, BBP has built an intense rivalry with Mt. Sinai. When addressing this new found rivalry with Coach Gick, he said, “There is a mutual respect for each other’s programs. When you see Black and Red, the competitive juices get going. We know each other and each other’s tendencies. Finding success in those types of games comes down to gameplan, who shows up that day, and who can rise above the intensities of the fans.”

“They are extremely close, almost as if they are sisters. At practice, they push each other to their fullest and make each other better even if it’s in the weight room during workouts. Over the years our program has become stronger. This is the first year where I can comfortably say that even girls who do not start can become impact players any given day.” -Becky Thorne, Head Coach, ESM 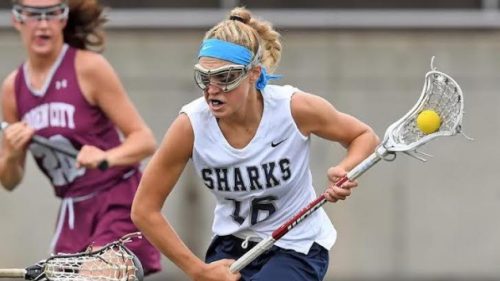 Not many teams possess a player like Kelsey Huff. This USC Commit is a do it all midfielder who is a match-up nightmare. Photo Credit: Newsday

ESM hopes to go far as possible. However, making it to that County final again would be ideal, giving the Sharks an opportunity to take it from there.

Not making it to a County Championship.

“Last year, we didn’t approach the season with enough confidence. Half-way through the year, we only had lost to BBP by one goal. The girls began to realize their worth and how good they actually were. This year, confidence is up and they feel they are ready for anything. Building on old skills and expanding into new ones, we plan to push further, add more tricks to the bag, and work towards making it to a Championship game.” -Brittany Davis, Head Coach, SWR 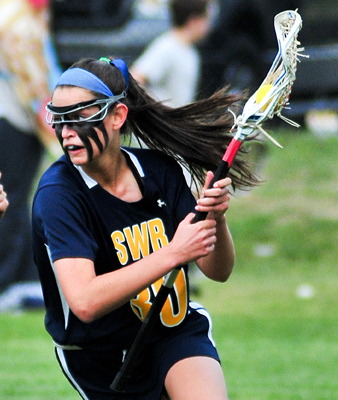 Senior midfielder, Sophia Triandafils has one more chance to bring the Wildcats to a County Championship. Will this be the year Shoreham wins it all?  Photo Credit: Riverhead News Review

The Wildcats lost on a sour note last year, but are ready to get started with the 2017 season. At the end of the 2016 season, the Shoreham varsity girls team lost two games in a row to Mt. Sinai, the last game of the regular season and again in the first round of the playoffs. Shoreham will play Mt. Sinai for the third time in a row, being that they open up the 2017 season against the reigning State Champs. The main goal for the girls this year is to make a run at a County Championship.  With a number of college commits and growing confidence, the Wildcats could be in contention to win Counties.

The girls are hungry for something they missed out on last year after a quick exit from the playoffs. This year’s goal is to have more of a team mindset and focus less on individual stats.  Last year, the girls did not have the confidence to get it done and they hope that that’s not the case this year.  This team wants nothing less than a trip to the County Ship.