“Our team should be seasoned. Our seniors have been with us for ⅚ years now. We have a strong, core senior group that do a really good job for us.” -Lindsay Dolson, Head Coach, Middle Country 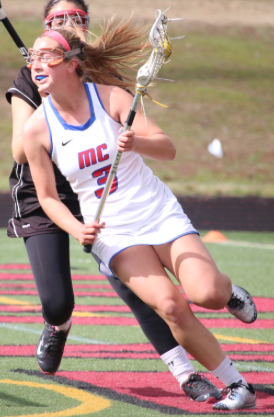 Jamie Ortega is one of the best High School prospects in the entire country. Will this be the year she leads Middle Country to a County Championship?

The Mad Dogs are looking to make noise this Spring. The 2017 Middle Country girls team is one of the best rosters this program has ever had. Not only do they have the number one recruit according to Inside Lacrosse, but they also have several Seniors with High School Varsity experience.  Most of the girls on this year’s team have been together since 7th grade and they wish to make their last year one they will never forget.

An early exit from this year’s playoffs or not making an appearance in the County Championship would definitely be considered a failure. The Mad Dogs have a long season ahead and they’ve come up short a few times. It will be important for Middle Country to be one of the top seeds once that regular season comes to a close. Going into the playoffs with a top seed will set-up the Mad Dogs nicely for a chance to win it all. 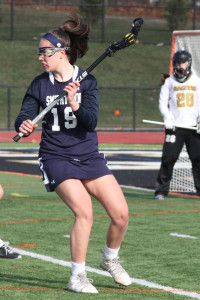 Junior Grace Langella is a multi-dimensional athlete for Smithtown. Playing low attack and midfield, there isn’t much she can’t do. Photo Credit: Desiree Keegan

A County Championship is on the radar for Smithtown’s core group of Seniors. If this Senior heavy group can successfully mesh with its sophomore studs, the possibilities are endless. Prior to coaching at Smithtown, Coach Carie Bobo was the Head Women’s Lacrosse Coach at Hofstra University. In an interview with Coach Bobo, she said, “Some of my best Hofstra teams didn’t have one superstar. Instead, they possessed a good group of girls that were willing to play together.” Carie compares some of her successful Hofstra team’s to her 2017 Smithtown group. A team effort this year might be enough for this group to accomplish their goal of winning a County Title.

Not making the playoffs would be a huge let down for this year’s Bulls, as they feel they can make a legitimate run.  To make a run, they will need help from their younger players.  In a tough Suffolk Division I, it will not be an easy road. 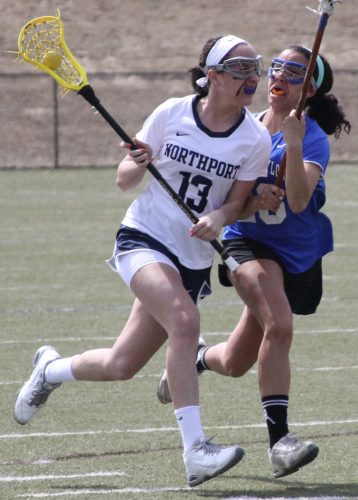 Senior attacker, Natalie Langella, is a serious threat for the Tigers. Will she be the one to lead Northport back to dominance in 2017? Photo Credit: TBR News Media

Northport’s goal for the 2017 season is getting back to the County Championship. The Tigers have lost in the County Semi-Finals for the last 4 seasons. Star players like Emerson Cabrera (Midfield), Claire Morris (Goalie), and Nicole Orellana (Michigan) will need to perform at their best all season if the Tigers want to raise a County Championship plaque. Head Coach, Carol Rose, said, “This team has great chemistry, they work really well together, and are very unselfish. While this group is fairly young, they still expect to be a top contender in Suffolk Division I.”

Not making it to the County Championship would be disappointing for the Tigers. 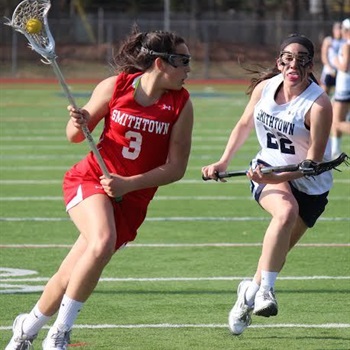 Smithtown East’s Shannon Kavanagh (#3 RED) is a stand-out, Senior midfielder for Smithtown East. Before becoming a Gator in the Fall, she hopes to enjoy one last ride as a Bull. Photo Credit: Hudl

On May 20th of last year, Smithtown East lost a nail-biter to eventual County Champion West Islip. Leading up to this game, Smithtown East had only lost 5 games, including two games by only one goal. This year, the Bulls reload and seek to climb back to the top of their Division. With a core group of experienced players, Smithtown might have enough firepower to compete with the likes of Middle Country, West, Northport, and WI in 2017. Come playoffs, this is a group to definitely watch out for. A trip to the County Championship is probably what’s expected from this under the radar group.

Not making it to a 2017 Suffolk County Championship.