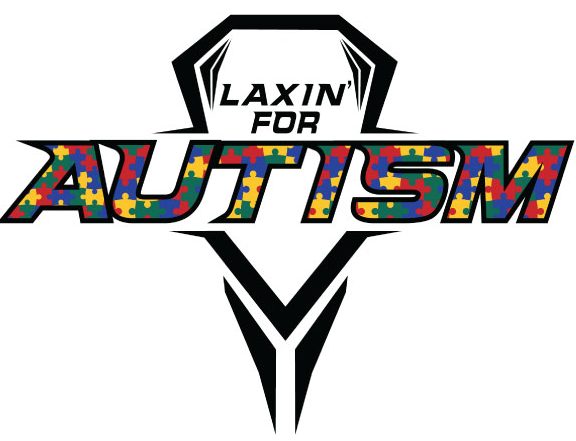 Following the first day of the “Lax For Autism,” the games were back and forth, the crowds were energetic, and there was a huge increase in awareness for autism.  Before each game, shirts that correlated with every team playing were sold, food and drinks were provided, and raffle tickets were distributed for the chance to win brand new lax gear.

The first game of the afternoon was between Sachem East and Northport.  The first half was promising as it was a back and forth battle.  The battle at the X was even and the goal scoring was balanced.  Not until the second half did the tide switch in the favor of Northport.  Northport began dominating at the faceoff X and in the scoring department.  Number 27 on East, Jake Kelleher, asserted his dominance as he scored 4 goals in the game.  He is an uncommitted junior who might be a hot recruit this summer season.  He possesses great stick skills and unbelievable athleticism, it’s hard to think colleges might have missed on this kid.  However, one kid can’t win a game on his own and Northport took advantage. Tim Brockwell stepped up the Tigers, going 4 goals and 3 assists, on the day. He controlled the tempo and gave his team a chance to start pulling away. After gaining a 4 goal lead early in the second half, they never looked back.  Controlling the ball and being good in transition led to a big Northport victory. The final, 18-7 Northport. 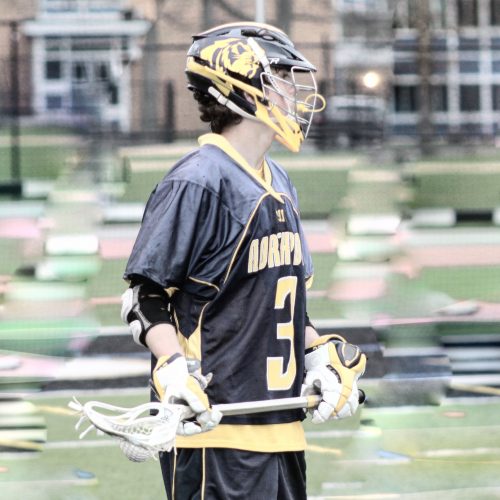 Tim Brockwell went 4 & 3 in a big win over Sachem East. Photo was taken by FLG Lacrosse

The Following game between Sachem North and Huntington proved to be the game of the night.  The back and forth action did stop, the battle at the faceoff X was pretty even throughout the game. Cole Pillon and Jared Leake on Huntington and Ryan Voyt for  North, made it a very interesting battle at the X all night.  James Avenzado for North proved to everyone that he just might be one of the top players in the nation.  The Maryland commit put on a show with four goals and 3 assists. Normally a midfielder, Avenzado is the full package with smart play, speed, quickness, great stick skill, and unbelievable awareness.  He was leaving defenders in the dust and making kids look silly.  On top of that, North was great at controlling the pace of play when they were on offense.  However, Huntington did not go away, solid teamwork and ball movement of offense led to a close game.  In the end, North pulled away with a huge win thanks to Connor Griffin’s 5 goal performance. In front of a rowdy home crowd, North edged Huntington by a score of 13 to 12. 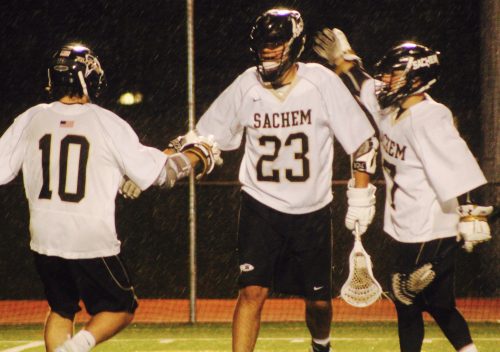 James Avenzado (#10) & Connor Griffin (#23) went off Wednesday night. These two accounted for 9 of Sachem’s 13 goals on the night! Photo was taken by FLG Lacrosse

Thursday, the second day of the Lax for Autism event, was just as exciting as the first.  Raffles, food, apparel and more were on display once again. Thursday night was all about the girls and they made sure not to disappoint.

The first game was between powerhouse Northport and Sachem East.  Emerson Cabrera (Florida Commit) and Natalie Langella (Bryant Commit) on Northport were standouts and they both possessed a superstar quality.  They both had incredible stick skills and accounted for almost every point scored for Northport.  However, it wasn’t just those two that looked good for the Tigers.  The entire Northport squad played like a well-oiled machine dominating on both sides of the ball.  East showed some bright spots, especially from freshman Kristen Shanahan, who carried the team as much as she could. She’s a stellar athlete who does it all. Takes the draw, dodges, scores goals, and guards the best players on the other team. Goalie, Jess Serpe played will in the cage as well. After a convincing win, Northport stays undefeated and looks to be one of the strongest teams on the Island. 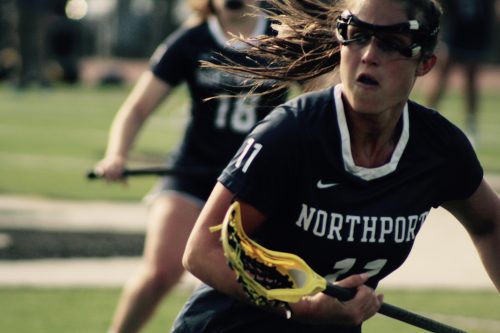 Emerson Cabrera asserted her dominance on Thursday against Sachem East. Emerson is a do it all middie who is committed to play lacrosse at Florida. Photo was taken by FLG Lacrosse

The final game was between Sachem North and Ward Melville.  The first half, for the most part, was very balanced with Ward Melville gaining a slight edge.  The battle in the draw department stayed neutral and the scoring stayed low.  For the most part, the first half consisted of stellar defensive play and superb goalie performances by both teams. The game was played at a very fast pace with both teams pushing the ball in transition.  Despite some fast paced play, neither team was having tremendous success in executing during transition opportunities.  With patience and persistent offensive possessions, Ward Melville executed on their 7v7 chances and managed to take the lead at half 6-2.  As for the second half, it was more of the same, a back and forth fast-paced battle.  Ward Melville hung on to win in a nail biter 11-8. The Patriots didn’t have many stand-outs because of their team-oriented style of play. Their stat sheet was spread out, with over 9 different people scoring goals. That’s incredible when you think about it. After the game, Hannah Lorenzen, who was the offensive String King Player of the Game for Ward Melville said, “we try and build each other up. We offer constructive criticism to one another. We are always looking to pass and cut through, pick, and really emphasize the simple things that work into our game plan.” Hannah scored two goals on the day and helped propel her team to a quality win over Sachem North. 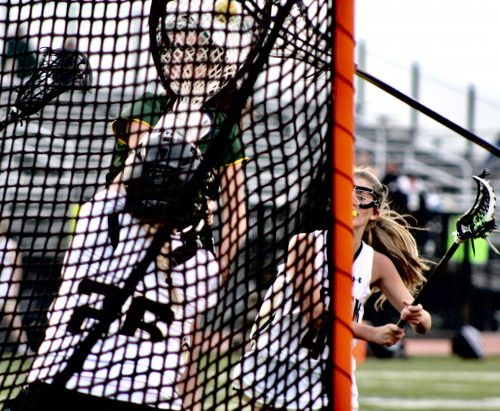 Ever wonder why Melville is so hard to stop? Because they play as a collective unit. Ward Melville had nine different players score goals in a win over Sachem North Thursday night. Photo was taken by FLG Lacrosse

Overall, the Laxin’ For Autism event was a great experience for everyone involved. There was some tremendous competition on the field, the communities contributing to the event were very supportive, and the vendors did a great job raising money for a great cause. FLG Lacrosse is privileged for the opportunity to be a part of the 2nd annual Laxin’ For Autism event. We look forward to supporting the cause again next Spring!