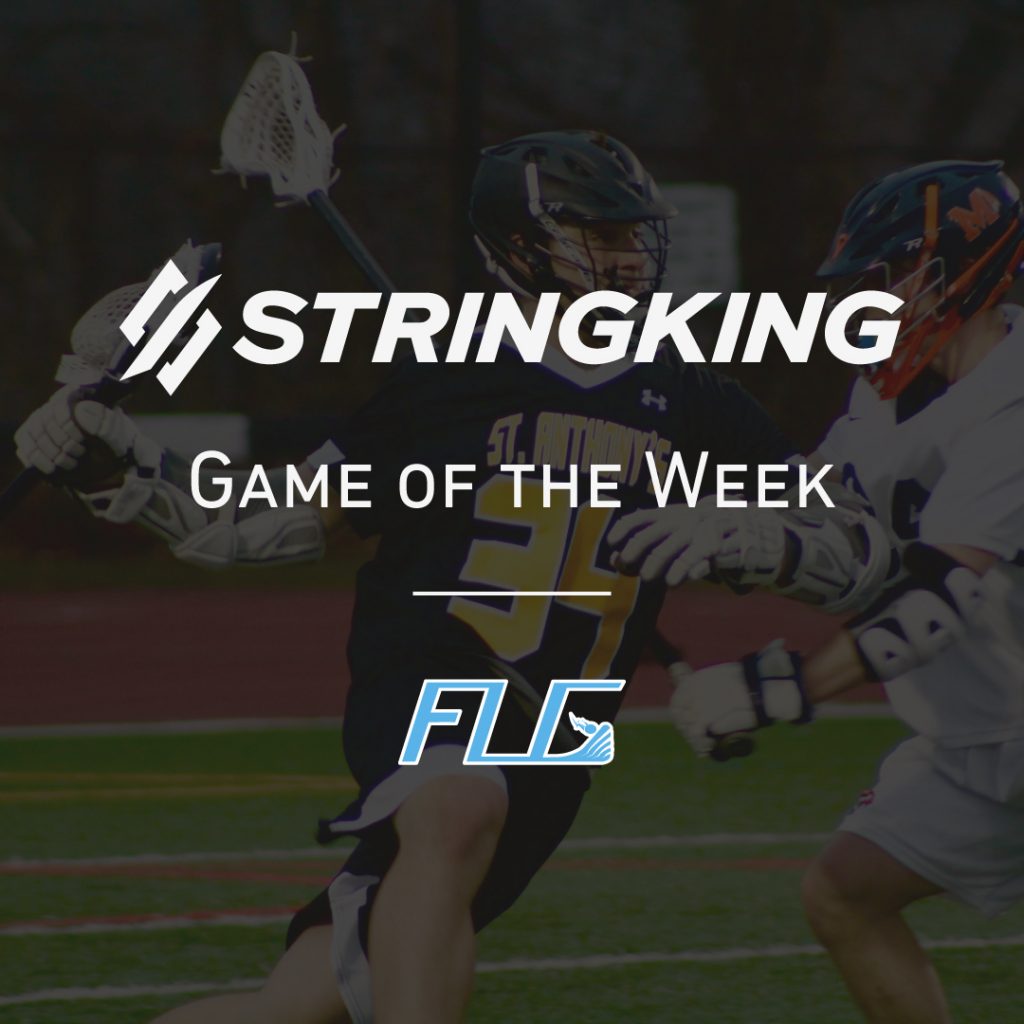 Today’s String King Boys Game of the Week will be between high-powered Mard Melville, who many consider being the best High School lacrosse team in the nation, and an under the radar Suffolk Class A contendor in Half Hollow Hills East.  The game should have back and forth action, with a lot of goals and big time plays.

Ward Melville is a perfect 10-0 in conference play but did suffer two close out of league losses to powerhouse programs in Chaminade and Lincoln-Sudbury.  As stated by coach Jay Negus before the start of the season “The biggest thing for us this year is sticking together and becoming a tight knit group, if the team chemistry continues to grow there are very few teams on the Island that could compete with the us” and it turns out he is exactly right.  The Patriots have dominated the competition and look to be heavy favorites to take the Suffolk Class A County Championship.  They are led by a big core group of guys and have a boat load of big commits that include Navy (Andrew Mckenna), Army (Liam Davenport), UPenn (Michael Giaquinto), Cornell (Andrew Lockhard), and more.  Since they suffered no big time losses from last season to this one, they are stacked with both talent and depth.  Every single kid on this team can play and be a force to be reckoned with, which is why they are undefeated on the season so far.  Hills East will be in for a tough game if they don’t play at peak performance.

Yet if they can manage to play at their best Hills East can be deadly.  They are most definitely not the favorite to win today’s matchup, but they can definitely put up a fight and maybe shock the Island.  Currently, they sit at 10-2 (9-1 in Conference play) had have proven the doubters that they should not be slept on.  Falling out of the top 4 in the preseason rankings really riled up the East squad as they are looking to dethrone the champs.  Led by Dillon Studdert (24 points), Sean Lulley (63 points), and Ryan Doran (38 points) East can definitely stand there own.  They like to play fast and catch teams off guard, but that will not be an easy task against a very discipline Melville team. In today’s match-up, Hills’ keys to winning will be the face-offs, limiting turnovers, consistent goalie play, and winning the ground ball battle. It’s back to fundamentals for the T-Birds, which is exactly how Coach Gordy Hodgeson teaches his boys to play.