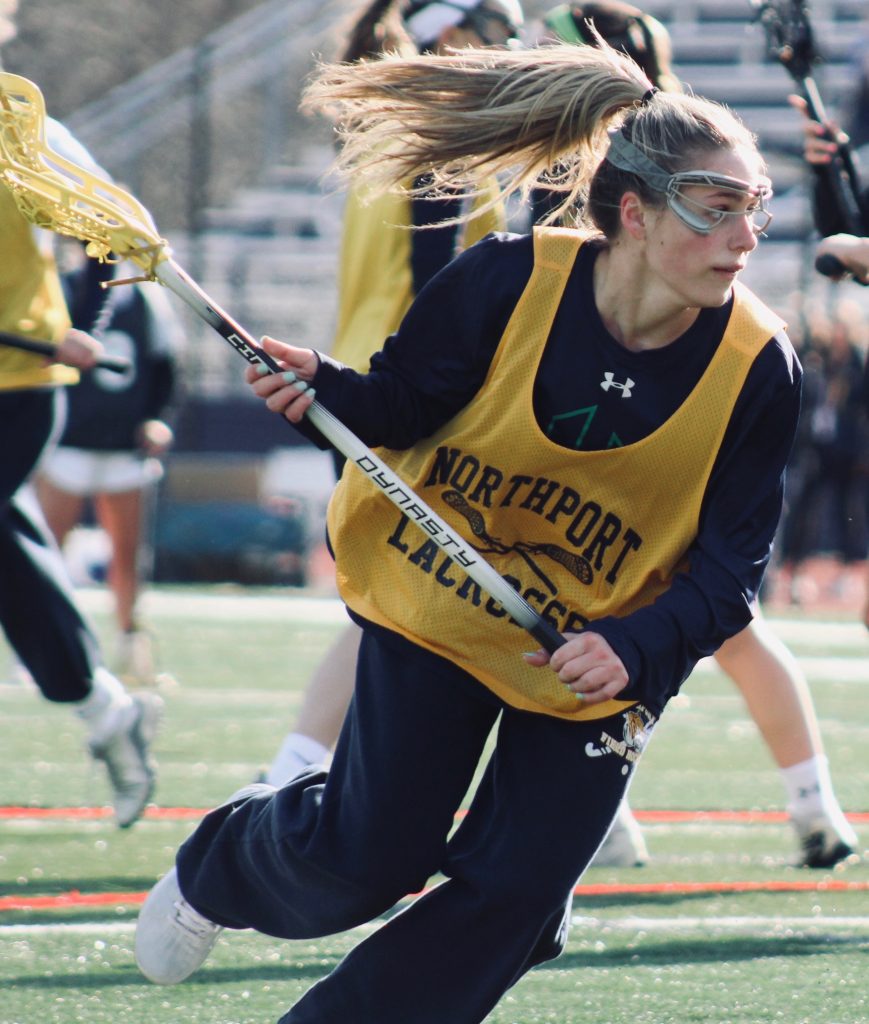 Kate McLam is in the midst of her senior year at Northport high school. This fall she is a member of the Tigers field hockey team, they are off to a remarkably fast start this season winning each of their first seven matches. Kate’s excellence in field hockey is only outdone by her lacrosse abilities, the senior has already committed to playing her college lacrosse at Franklin & Marshall. Coming off 26 goals and 26 assists during her junior campaign  the sky is the limit for the tiger’s attacker. Kate’s aspirations are greater than her individual success. Last season Northport won the New York State Class A championship. Winning comes first for McLam and with her senior year on the horizon the Tigers are as ferocious as ever.

Q: Between field hockey and lacrosse your high school career as been filled with winning is there a particular game that stands out to you?

State semi final against Pittsford. I had 1 goal and 4 assists. It stands out not just because we played so well as a team, but because winning states became a real possibility moving into the final game.  It was also exciting because that game was being broadcast live on TV and our entire school was gathered in the commons at watching us. We were not only playing for ourselves, but for the entire community. The support was amazing.

Q:How is senior year, knowing that you are already committed to a college?

Being committed as a senior is exciting and somewhat of a relief. All of my efforts academically and athletically are going towards my career at Franklin and Marshall. I still have a challenging course load, but it’s all in perspective now.

Q: You were originally going to play at Stony Brook, why the change?

I was really young when I made the decision to go to SBU. They are a great program and it was an honor to be considered to play there. But as I matured, I realized that Franklin and Marshall was a better fit for me academically and athletically. I really want a full college experience including traveling abroad. I’m looking forward to making an impact at a top D3 program.

Q: What are most looking forward to this upcoming season, as defending champions?

I am most looking forward to the challenge of being a leader of my lacrosse team as a captain. We have all the role players, we just need to stay focused. My ultimate goal is to get back to states. On top of all of that, I get to play with my little sister Emma. We really connect well on the field.

Q: What are your aspirations going forward off the lacrosse field?

My aspirations moving forward are to study Mathematics at F and M and choose a career path related to that. 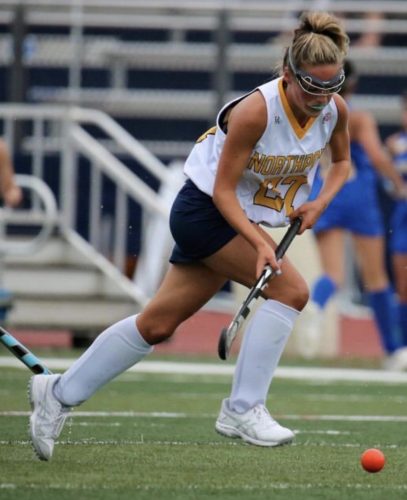