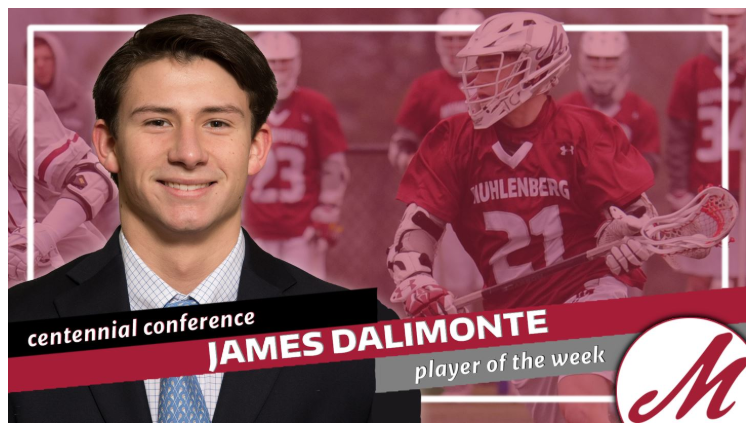 The Muhlenberg Mules are off to a great start to the 2019 season. A 5-1 overall record, the Mules have secured quality wins over teams like Scranton, Susquehana and Southern Virginia. Finding the back of the net has been no problem Mules, especially for freshman midfielder James Dalimonte.

Scoring 11 goals in a 1-1 week for the Mules, netting five in a 12-10 loss at Rhodes and six in a 17-13 win at Southern Virginia. The six goals were one short of the school record. Dalimonte, who scored his 11 goals on 22 shots, is the first Muhlenberg player with back-to-back games of at least five goals in 16 years.

A Port Washington native, Dalimonte was a scoring machine in high school for Paul D. Schreiber, finding the back of the net 40 times and dishing out the ball for 21 assists during his senior campaign. An Honorable Mention All- American a season ago, the freshman midfielder is bound to have a unbelievable college career.